Recently I met Kate Roberts, a student from Chester University who is completing an MA in Creative Processes and I agreed to be interviewed by her whilst driving my car, so as to produce some video material that can help her with her remit on Creative Flow.

I could envisage this being an ideal opportunity to reflect on my own creative practice with someone else who has a similar background in the Creative World.

On the 5th November 2016 we embarked upon our journey in the car, with a dash cam that I had set up recording our conversation on Creative Flow, snippets of this conversation are to be included in this blog, along with the final 2 minute video clip that I produced for Kate. 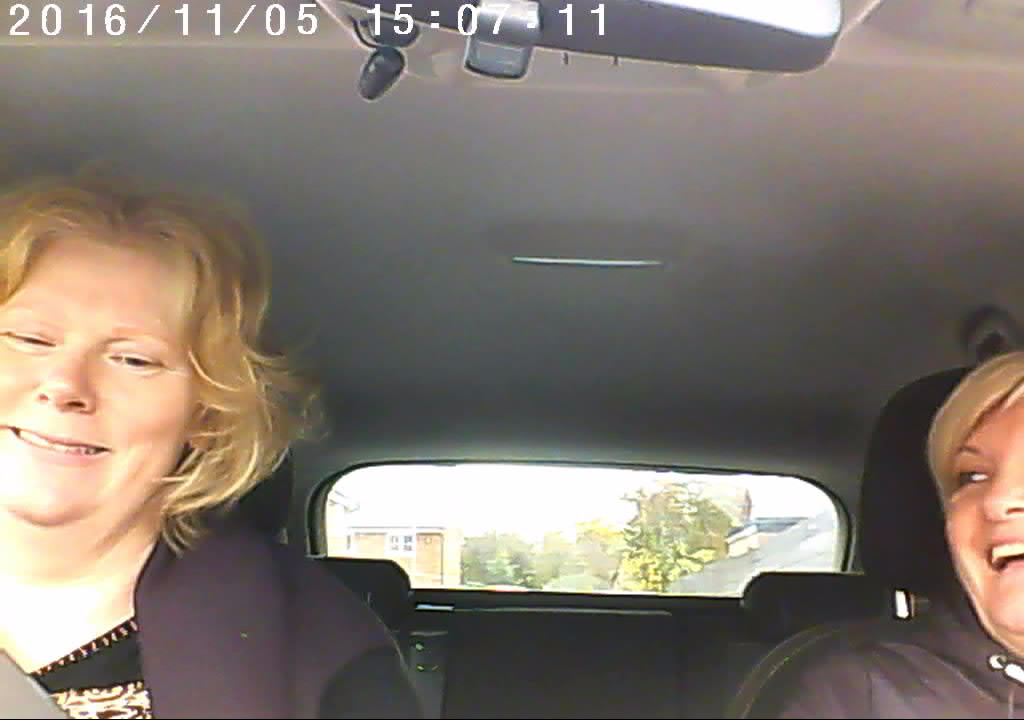 We began our discussion by talking briefly about Autoethnography and it’s relation to the Creative process and the Creative Flow that each creative individual experiences. 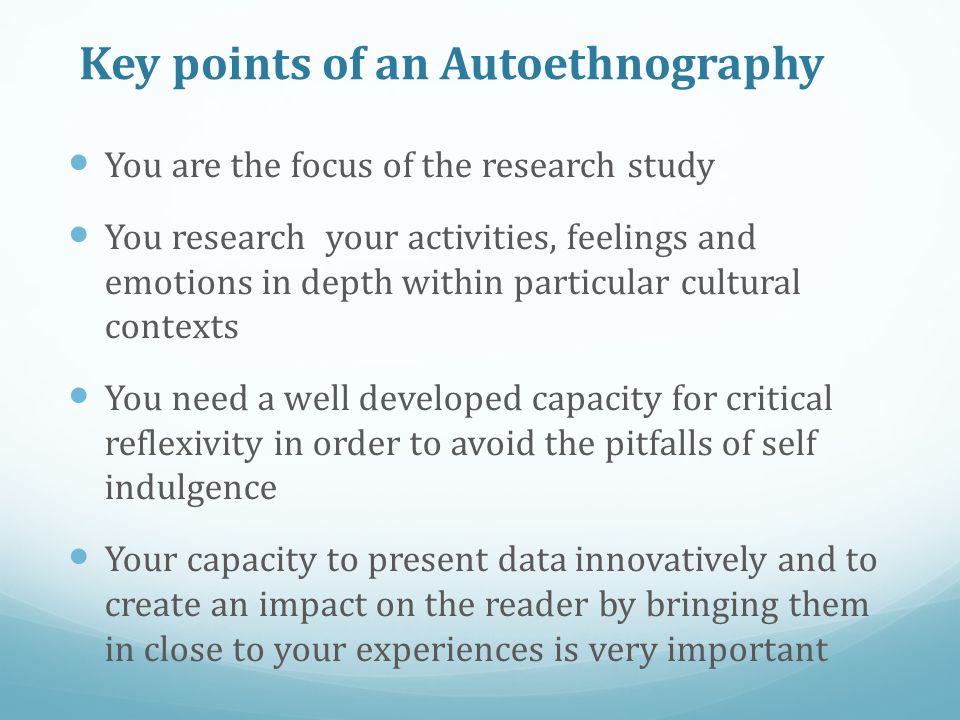 Csikszentmihalyi is noted for his work in the study of happiness and creativity, but is best known as the architect of the notion of flow and for his years of research and writing on the topic.

Csikszentimihalyi suggests that people are at their happiest when they are in a state of flow, completely absorbed in the task in hand in a state of complete concentration, being so involved that nothing else seems to matter or exist.

However, at times we all find it difficult to get into the zone or become completely immersed in the task in hand. It appears that this can be because a balance needs to be achieved between the challenge that the task provides and the skill of the creative individual.

Mental state in terms of challenge level and skill level, according to Csikszentmihalyi’s flow model.merging of action and awareness, clarity of goals, immediate and unambiguous feedback, concentration on the task at hand, paradox of control, transformation of time, loss of self-consciousness, and autotelic experience.”[13]

To achieve a flow state, a balance must be struck between the challenge of the task and the skill of the performer. If the task is too easy or too difficult, flow cannot occur. Both skill level and challenge level must be matched and high; if skill and challenge are low and matched, then apathy results.[10]

From personal experience I can say that I know only to well when I am experiencing Creative Flow and also when that flow seems difficult to achieve, and indeed sometimes I can feel indifference to the task in hand. 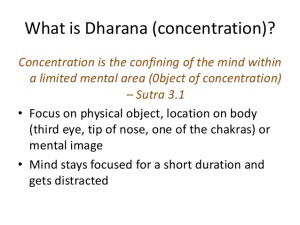 Having a background in Yoga and Meditation, as a precursor to meditation, concentration can be developed when you concentrate on an object until you begin to find that place where only you and the object exist at that point in time, where the rest of the world ceases to exist and you become completely absorbed in the object of your attention.

Stages: Building upon practice (abhyasa) and non-attachment (vairagya) (1.12-1.16), the meditator systematically moves inward, through four levels or stages of concentration on an object (1.17), and then progresses to the stage of objectless concentration (1.18).

Discrimination: Developing a razor sharp discrimination from such concentration is the purpose of the eight rungs of Yoga (2.26-2.29), and forms the finer tool for introspection (3.4-3.6).

The right set of circumstances or variables need to exist for creativity to take place. If any of the variables are not quite right, this can lead to anxiety and stress which can then block the flow of creativity.

Flow at its best is demonstrated when creativity is in action, when all of the variables are correct for the creative individual to experience the correct environment to experience creative flow.

I reflected upon the time when I taught Yoga to children and that I would create games that enabled the children to express themselves through physical movement, for example acting out the actions of their favourite animal to understand the concentration required for a Yoga pose and to connect Yoga poses to the actions of their chosen animal. However these games would have another impetus, that is to help the children to clear their bodies of the excess excitement and energy. As a class would progress the games would be more geared toward concentration, for example moving a set of singing bells without ringing them needing the child to concentrate both on their coordination and movement. Finally at the end of a Yoga class the children would be able to “concentrate” for a minute or two before returning back to their classrooms in a state of heightened mental focus ready for their studies.

This also reminds me of the article I read recently where a school had replaced traditional detention with meditation classes in a room specially made for meditation.

The meditation room was created as a partnership with the Holistic Life Foundation, a local nonprofit that runs other programs as well. For more than 10 years the foundation has been offering the after-school program Holistic Me, where kids from pre-K through the fifth grade practice mindfulness exercises and yoga.

“It’s amazing,” said Kirk Philips, the Holistic Me coordinator at Robert W. Coleman. “You wouldn’t think that little kids would meditate in silence. And they do.” 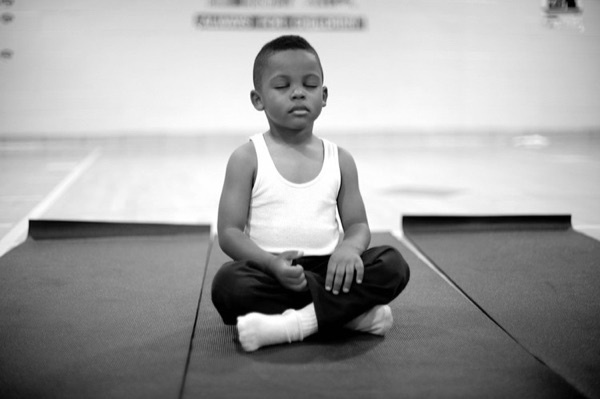 Considering the learning theory of Constructivism where the learner draws from past experiences to discover facts, relationships and new truths. We then discussed the philosophers, John Dewey and Kurt Lewin, who both believes in the four sequences to learning – do observe, think and plan.

John Dewey, a believer in what he called “the audacity of imagination,” was one of the first national figures in education policy. He rejected the notion that schools should focus on repetitive, rote memorisation. 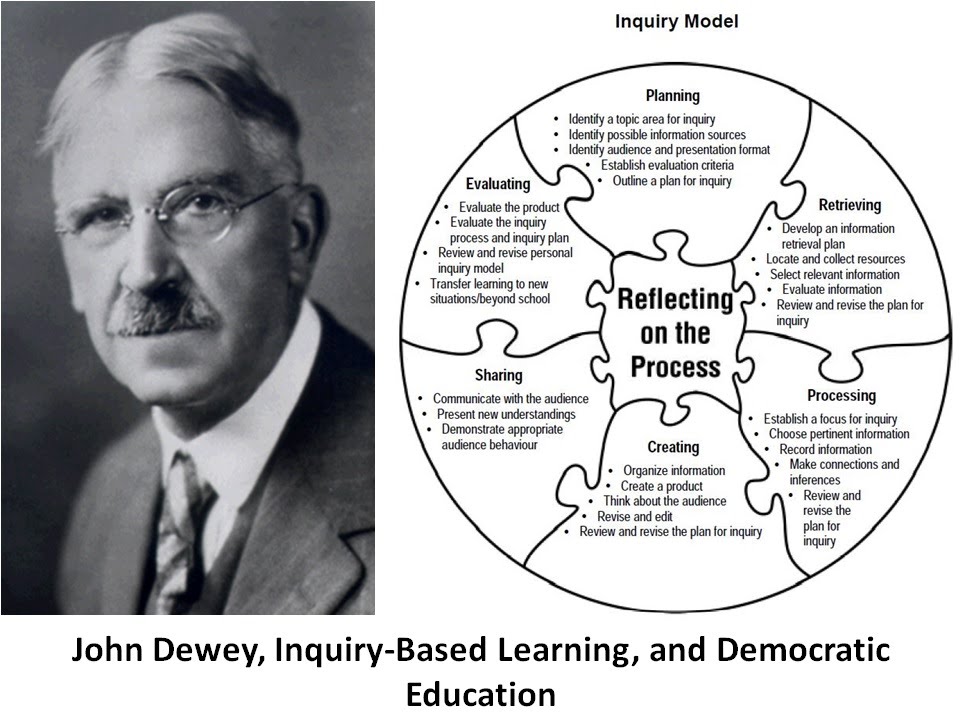 Instead he proposed a method of “directed living” in which students would engage in real-world, practical workshops in which they would demonstrate their knowledge through creativity and collaboration. Students should be provided with opportunities to think from themselves and articulate their thoughts.

Directed Living or Experiential Learning reminded me of the previously gained knowledge that all individuals learn in a very different way. Some people will learn from reading books, some from writing the knowledge down, some people need to be given the knowledge through the spoken word and some people only learning by doing.

David Kolb developed an experiential learning theory that has a four stage learning cycle and four learning styles where knowledge is created through transformation of experience.

Kolb states that learning involves the acquisition of abstract concepts that can be applied flexibly in a range of situations.  In Kolb’s theory, the impetus for the development of new concepts is provided by new experiences.

“Learning is the process whereby knowledge is created through the transformation of experience” (Kolb, 1984, p. 38).

We reflected upon the fact that in the mainstream school system today they simply do not have the resources to cater for each individual’s preferred method of learning and generally everyone will be given the same method to learn, usually by reading or writing. It is here that creative individuals can fall by the wayside when they cannot gain the knowledge required through their preferred method of learning.

We briefly touched on Montessori Education as an alternative approach to mainstream schooling and the use of constructivist theory or discovery learning in this education system which enables each student to learn from their own experience rather than using a prescriptive method of education.

Montessori education is an educational approach developed by Italian physician and educator Maria Montessori based on her extensive research with “phrenasthenic” or “special needs” children and characterized by an emphasis on independence, freedom within limits, and respect for a child’s natural psychological, physical, and social development. Although a range of practices exists under the name “Montessori”, the Association Montessori Internationale (AMI) and the American Montessori Society (AMS) cite these elements as essential:[2][3]

Having discussed the constructivist approach to education, we then discussed discovery learning originally started by Jerome Bruner in the 1960’s.

Discovery learning is a technique of inquiry-based learning and is considered a constructivist based approach to education. It is supported by the work of learning theorists and psychologists Jean Piaget, Jerome Bruner, and Seymour Papert. Although this form of instruction has great popularity, there is some debate in the literature concerning its efficacy (Mayer, 2004).

Jerome Bruner is often credited with originating discovery learning in the 1960s, but his ideas are very similar to those of earlier writers (e.g. John Dewey). Bruner argues that “Practice in discovering for oneself teaches one to acquire information in a way that makes that information more readily viable in problem solving” (Bruner, 1961, p. 26). This philosophy later became the discovery learning movement of the 1960s. The mantra of this philosophical movement suggests that we should ‘learn by doing’

After reviewing the Dash Cam footage it became apparent that the sound quality of the dash cam was very poor indeed, and to date I have not managed to improve it. I was aware that I would probably need a directional microphone for this task.

I have researched this issue and it is quite a common issue and widely discussed on various forums on the internet. I have included one of the videos as an example of the sound quality that I am dealing with.

In that 30 minutes, we created over 20 clips of video, which Kate then reviewed for me to edit so that the key parts of the conversation were kept.

The actual editing of the footage proved to be a significant effort in time to edit and improve.

I decided to put this part of the work on hold until I have more time available to edit the video and I have also decided that until I get a directional microphone, I’m not going to record any dash cam footage with audio.

This experience has certainly made me reflect on my own creative practice and the ways in which I achieve the creative flow.

I also recognise that when I am in the state of creative flow, I experience less of the symptoms related to my health issues and I feel a deeper sense of peace, calm and satisfaction as a result.

Actively seeking to establish the correct environment and variables so as to experience creative flow more frequently will definitely become a more conscious part of my creative practice.

Below is the final video that I prepared on behalf of Kate, which proved to be a resounding success when she presented this on Friday 18th November 2016.