I recorded video of the installation I had created prior to Easter that includes the audio recording of the poem, Refugees by Brian Bilston.

I created a video using an iPhone App called Magisto using photographs of the Installation I had taken earlier in the week. This was really just a bit of experimentation but I actually liked the result and felt it should be shown here.

Today I added my projection and audio into the installation and added the artist statement. I’m really pleased with the result, however there were two issues that I would have liked to resolve, but didn’t because of the time constraint. 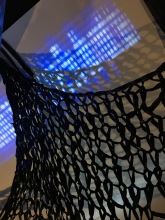 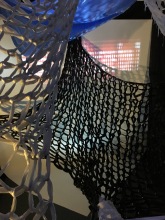 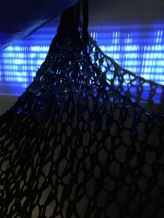 The blue tarpaulin, I used to create the tent like effect on the ceiling. I decided where I wanted to project from and experimented with different locations for lights. 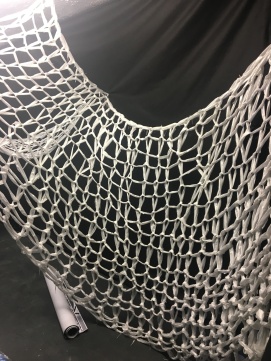 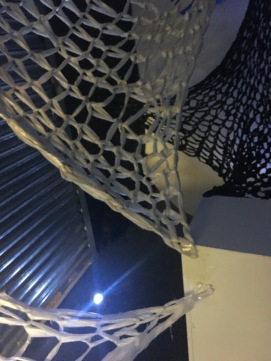 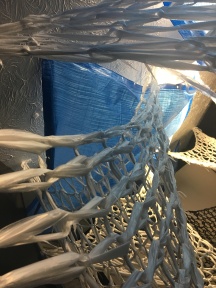 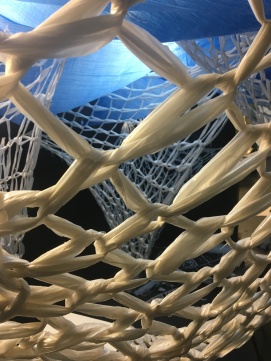 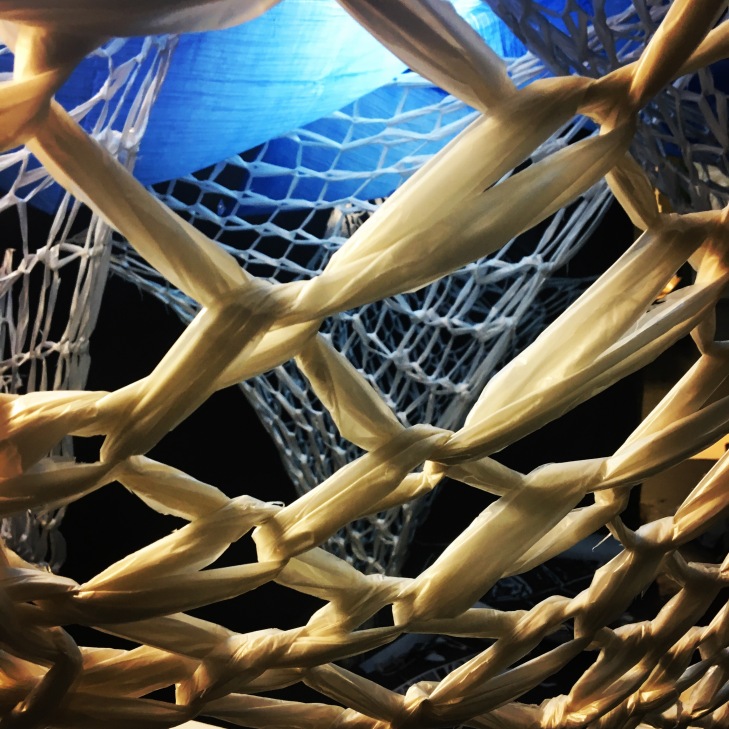 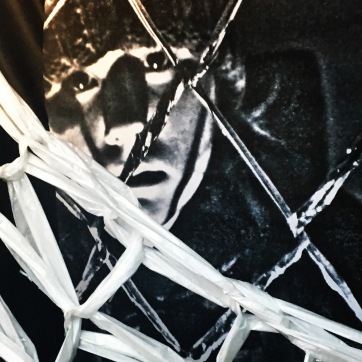 Continuing with my knitting, I decided to knit using black bin bags to use against the white board at the end of the room as a contrasting material.

I also purchased more blue tarpaulin sheets to use as part of the tent like structure that I hope to create that will look like a make shift refugee tent.

Along with this I made sure I had sufficient spot lights to use as part of the installation. 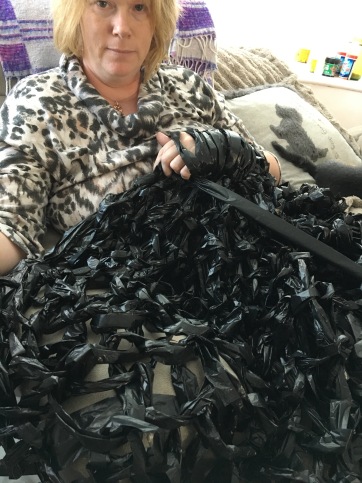 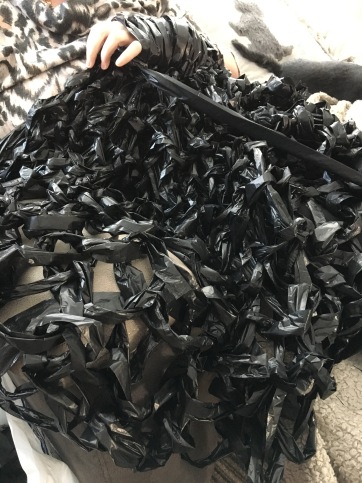 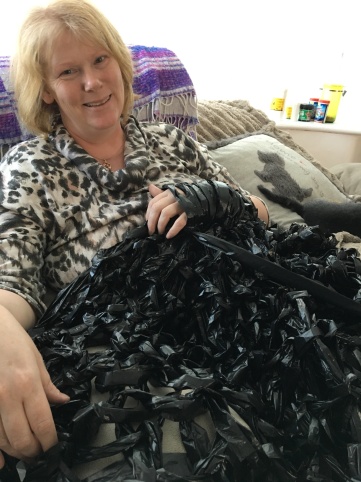 After the discussion with Emrys on Monday I got started on my knitting in preparation for the installation. It did take me a while to remember which stitch I had used on my original piece of knitting, I finally remembered though and then started knitting the previously collected dust sheets with a vengeance. 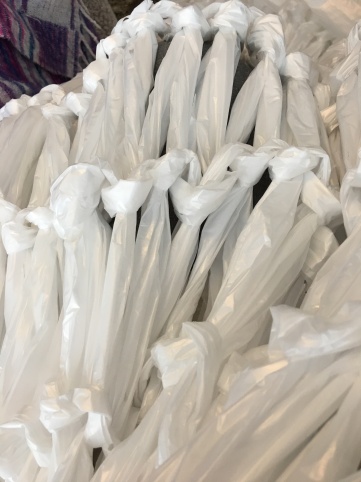 I also printed some of my previously created Fence photos sized A0 and A1 to be used in the installation.